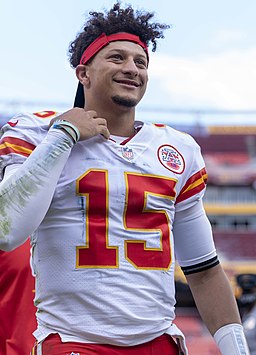 While the attention of the NFL Draft is spread around all types of positions, without question the top quarterback draft prospects get the most attention. All fans believe that if their team needs a quarterback and their team has been struggling, the draft represents their best chance to return to success. Potential NFL Draft choices traditionally have taken the Wonderlic as a part of their NFL Draft Combine process. How quarterbacks score on the Wonderlic is highly scrutinized, more than linebackers, running backs, or wide receivers.

Some of the more prolific retired quarterback Wonderlic scores are here:

Wonderlic scores of some of the more notable quarterbacks currently in the NFL include:

While all NFL draft prospects historically have take the Wonderlic as a part of the NFL Draft Combine process, quarterback scores may have some tie in with the Wonderlic test. Quarterbacks must know how to read defenses very quickly and make split second decisions on coverages and protection schemes. As the Wonderlic is a timed aptitude test, it may provide some guidance to teams as to the draft prospect’s cognitive ability to process questions quickly.

However, as the above Wonderlic scores demonstrate the test is not a true indicator of how successful that quarterback may be. From this selected list of both former and current quarterbacks, the two at the bottom of these comparison lists are Brett Favre and Patrick Mahomes. The Wonderlic scores of Mahomes with a 24, and Favre, with a 22, clearly don’t correlate with how impressive these quarterbacks performed. Each have accumulated impressive passing statistics while leading their teams to Super Bowls. Mahomes was the Super Bowl LIV MVP. Favre won the NFL regular season MVP Award 3 times in his career.

Another problem with a high Wonderlic score is a possible disconnect between a quarterback who performs at a fast pace and reacts quickly to what they see on the field which is how quarterbacks are paid to play. The scores of Fitzpatrick, Wentz, Stafford and Cousins are all very high. Unfortunately, none of these quarterbacks are considered elite, but are instead are argued to be closer to average in their quarterback performance. While the Wonderlic test has been used as an indicator for potential success in quarterbacks, it is not entirely reliable as a test because there are other factors which make a good quarterback.

The Wonderlic test is used by employers to test general cognitive intelligence. The test is a 12 minute, 50 question exam given on a computer. The test was originally developed as a way to measure the cognitive ability of potential employees for companies such as AT&T. The focus of the Wonderlic score is on measuring quick decision making and cognitive learning ability.

In 2021, the NFL did not have a central site Draft Combine. Instead, it held several pro scouting days at various campuses. As a result, there was not the traditional taking of the Wonderlic exam as a part of the testing process. It still remains to be determined whether there will be a single site NFL Draft Combine in Indianapolis in 2022, with the Wonderlic as a part of the draft process.