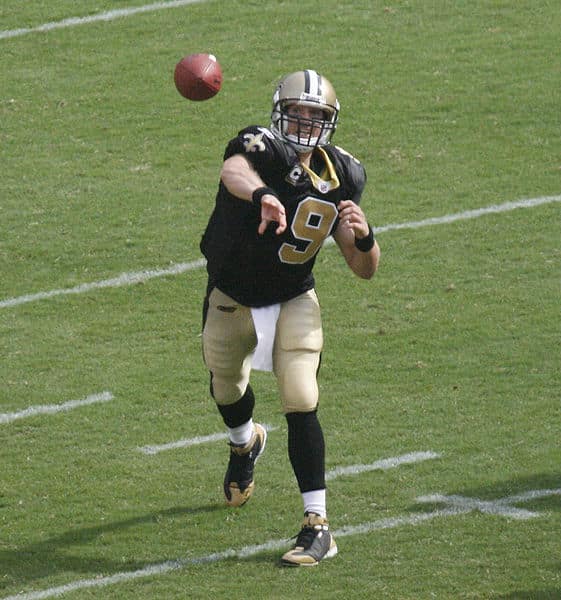 Drew Brees went through the NFL Draft Combine in 2001. At the NFL Draft Combine, Brees scored a 28 on the Wonderlic before being drafted in the 2nd round by the San Diego Chargers out of Purdue University. At Purdue, Brees set several Big Ten Conference records for yards, completions, attempts.

Drew Brees continued his success as a quarterback in the NFL, leading the New Orleans Saints to their first Super Bowl victory. Drew Brees was named the MVP of Super Bowl XLIV and also holds several other passing records, such as most completions and passing yards in a season. Drew Brees’s intelligence has been cited as one of the many reasons why Drew Brees is such a great player and leader for Drew Brees team (although Drew Brees aggression and determination play equally large roles). The Wonderlic Test involves 50 questions that must be answered within 12 minutes. Many top draft picks score very well on the test; Troy Aikman who scored a 9 out of 50 said he thought it was an easy test after studying for weeks before taking it.

NFL Draft prospects have historically taken the Wonderlic exam as a part of the pre draft process. The Wonderlic score of 28 that Brees scored that year was in the higher percentile of quarterbacks in that draft class, but not the highest score. Sage Rosenfels, long time NFL back up scored a 32. ESPN college football personality Jesse Palmer of the University of Florida scored a 32. ESPN NFL analyst Tim Hasselbeck of Boston College scored a 23. And Josh Heupel who was an All American at the University of Oklahoma and is currently the head coach at the University of Tennessee scored a 30. Finally, the most known quarterback of that draft class was Michael Vick, who scored a 20 coming out of Virginia Tech.

Brees retired in 2020 from the New Orleans Saints as one of the greatest quarterbacks in history. He is now an in studio analyst with NBC’s Sunday Night Football.