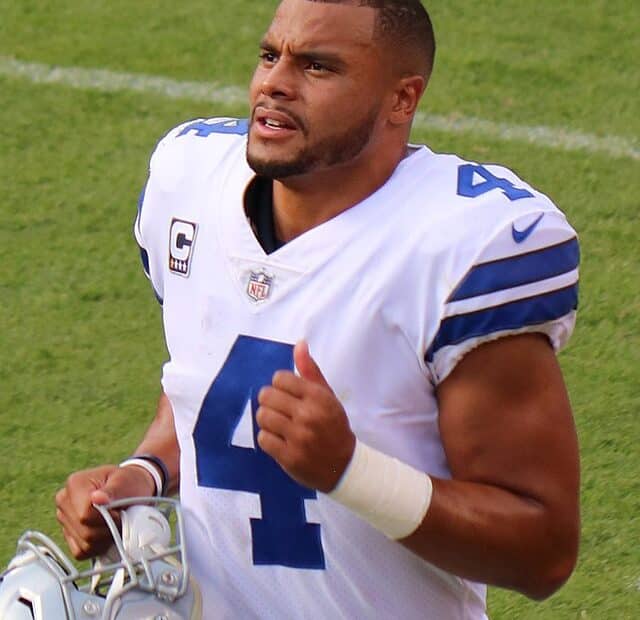 Dak Prescott was drafted by the Dallas Cowboys in the 4th round of the 2016 NFL Draft. That draft year, Dak Prescott scored a 25 on the Wonderlic at the NFL combine. This score is on the lower scale for several high profile quarterbacks in the NFL. But from a peer comparison, Baker Mayfield scored a 25 on his Wonderlic coming out of Oklahoma at his NFL combine in 2018. Josh Allen of the Buffalo Bills scored a 37. Kirk Cousins with the Minnesota Vikings scored a 33. In his 2016 draft class, Carson Wentz scored a 40, while Jared Goff scored a 36.

Prescott has returned this season from this season ending injury last year. Prescott got hurt in Week 5 of the 2020 season against the New York Giants with an ankle injury.

The Wonderlic is a general aptitude test used to assess the learning ability, problem-solving skills, and other cognitive functions of prospective employees. It consists of 50 multiple choice questions that must be answered in 12 minutes. A score of 20 is intended to indicate average intelligence (corresponding to an intelligence quotient of 100). A score below 20 indicates sub-average intelligence, while a score above 30 suggests superior intelligence. It is not an IQ test, but some businesses use it as part of their IQ testing battery.Incoming prospective draft picks take the Wonderlic as a part of the NFL combine. While Wonderlic test scores are supposed to be confidential, they are generally leaked several weeks after the combine.

Thus far in this career, Prescott has amassed 18,037 yards with 109 touchdowns and 41 interceptions. He has also ran for 1,327 yards and 24 touchdowns. The 6’2, 228 pound quarterback is expected to have a very strong comeback season in 2021. Dak Prescott will turn 25 in April of 2021. Dak is set to be the starting quarterback for the Cowboys until at least 2027, but he does have an opt-out clause after 2020 so Dak could get even more money by showing his excellence on the field and continuing to do well off of it.

Are you smarter than Dak? Take our quick IQ test!